Study Abroad: The 4 feelings you have when you’re preparing to study abroad

Going to Study Abroad? How are you Feeling?

Excited. Happy. Sad. Lonely. Independent. Homesick. When you decide to study abroad, there will be an entire bottle of emotions raging inside you. It is true that when you take that initial decision and sign up for a program, you are very thrilled and excited to move to a different country. And you should definitely be. Believe it or not, even a single semester abroad is going to be one of the best experiences of your life. However, on a more practical scale, each day you spend there will come with a complete set of distinct emotions. So, what are the four most common feelings that each one of us faces when we decide to study abroad?

4 Feelings You Have When You’re Preparing to Study Abroad

Did you know: 95% of the students who were surveyed admitted that studying abroad served as a catalyst for increased maturity, 96% reported increased self-confidence, and 95% said it had a lasting impact on their worldview.

New country, new culture, new people, new dreams and new hopes! You get to explore an entirely different country and a new city, try out new foods and meet a whole new bunch of people. The very feeling of having a new country added to the list of places you have been to is exciting. How about being able to celebrate your birthday halfway across the world? Irrespective of how humble you are as a person, these sure are some good bragging points for you! 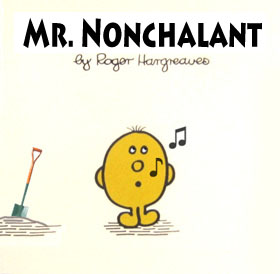 There will be a certain part of you that is still struggling to get used to the fact that you’ll be soon gone. You’ll now be spending your summer in a different country that is thousands of miles across the globe. It will be time to leave soon and the time might just seem to run at a pace faster than usual. More so just the thought of having to pack all your life’s possessions that you want to carry along with you is hard? This, however, is one feeling that you cannot let go off.

Strangely enough, for the first few days post your decision of studying abroad and the last days before actually moving abroad, you’ll be alternating between excitement and stress about every 10 minutes. Leaving in a month, a week, a day? That feeling just wouldn’t seem to rest. In addition to it, the stress of being able to have everything in place and on time will give you goosebumps. Finally, the biggest panic is that loaded question, ‘Are you ready, yet?’ And the less time that is left, the more will the feeling aggravate.

These are just 4 of the many emotions and feelings that you’ll go through. There will be days when you’ll feel lucky about this tremendous opportunity of being able to study abroad. Then there’ll be days when you’ll be gripped by the nostalgia of the days and times spent with your favorite people. Whatever it is, it is time you put these feelings to rest and give your mind go ahead. In the end let’s conclude with the words of Robert Louis Stevenson, “There are no foreign lands. It is the traveller only who is foreign.”

MBA Admissions Abroad: How to Apply for MBA Abroad?