Is Study Gap Acceptable In Canada for 2021? – New Rules

Canada accepts the study gap, but it’s different for undergraduate and postgraduate. Study gap has been a common thing recently, many students take a year drop to excel the following year. Previously it was not seen in huge numbers, as the competition is rising, you can see the number of drops rising as well. In Canada, the study gap for UG applicants is upto 2 years gap & for PG applicants, upto 5 years Gap is acceptable.

What is Study Gap?

A study gap may have been taken for numerous reasons, usually, the study gap is taken by students after their secondary/high school and before they choose an undergraduate program. In India, students mostly take a year gap to perform better in the Joint Entrance Exams and NEET.

The year gap gives them enough time to prepare for the national entry-level exams with no pressure from schools or colleges. Many students also take a gap year after their undergraduate studies. Such students often take up advanced courses, take up volunteer work, internships etc.

Is Study Gap Acceptable in Canada?

Study gaps can be issued by the candidates who are applying for new study permits in Canada. A very long study gap can prove to be a problem for the university to consider a candidate but the Canadian education system are however lenient enough to consider it for international students.

The education system in Canada is very vocational, they don’t want the students to only stay focused on books and theory; they inspire and educate students in a very different way by giving them knowledge about the real world through practical projects. Hence, a study gap should be planned meticulously which can then bring healthy benefits into the student’s life. Canada’s education system allows the new students an adequate study gap to make themselves comfortable with the study pattern of the country.

Other than the specified numbers, a few Canadian academic institutes make exceptions for the candidates who have exceptional expertise in their domain of study.
null

How to Cover GAP For Study Visa?

For the study, a visa gives a genuine reason for covering a gap year. You can fill with activities, you would possibly have done during this duration. Generally, students utilize the study gap by learning foreign languages, strengthen computer skills, pursuing internships, etc.

Top Courses To Study in Canada after Graduation

Other than the specified numbers, a few Canadian academic institutes make exceptions for the candidates who have exceptional expertise in their domain of study.

There is no age limit. The college may admit students of any age, CIC might not grant a study permit to those that are of upper age. One has got to explain and satisfy CIC about: the necessity and relevance of a study at a higher age after a gap of a couple of years since the last study.

Documents required for a Canadian study visa after gap year:

Pros and Cons of Gap Year

There are many pros and cons of a gap year; it has been seen that the students who are taking a gap year perform better than those who don’t but it also remains as a question of debate that it will deter the continuation of the education.

Check Out: Study in Canada- All you need to know

Here is the list of Countries that accept the study gap:

The Study gap was first seen in the 1960s when the young generation wanted to get away with the war of their parents’ generation. The major purpose of the gap year was for the countries to exchange cultural ideas in the hope to discourage future wars from happening. History Around the 1960s and 1970s, the first gap year organization was opened in Worcester, Massachusetts. The company was called Dynamy; it was aimed at teaching young people self-confidence and the role they play in the larger community.

In India, it is very common to see students taking a year gap to prepare for exams like JEE/AIEEE/AIPMT/NEET after their secondary education and for TOEFL/IELTS/GRE/GMAT/CAT/MAT for overseas education and post graduation courses. All other countries education system differs and so do their concept of a gap year. Study Gap in Canada In Canada the study gap window is limited to a few years, as mentioned above it can be of disadvantage and a constructive break can prove to be a deconstructive break. 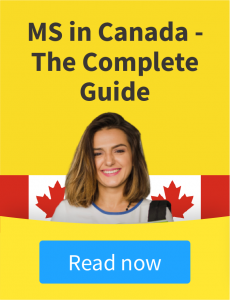 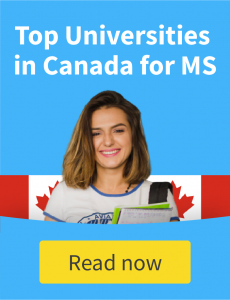 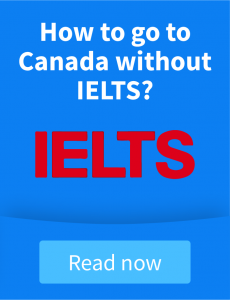 The applications are available both offline and online. This fee is to be paid when the application is submitted or a fee receipt of online payment is given. The documents required to apply for the Canadian visa is Valid passport, proof of acceptance by a recognised university, proof of financial support (candidate needs to show the proof of fees paid and also the financial that can bear the living expenses about CAD $10,000), passport sized photos (for online not more than 4MB), Immigration medical examination, English Language Proficiency test scores, Statement of Purpose, Credit Card details.

Canada accepts students with a study gap ranging from 2 years to 5 years for undergraduate and postgraduate courses respectively. Nevertheless, it varies from one university to another; they may accept the application even if you have 7 years of study gap. It all depends upon the policies of the universities and the reason for the study gap.

Check Out: Study in Canada after Graduation- Updated 2020

✅ Is a gap of 8 years considered by Canadian universities?

Ans. Yes, a few universities and colleges accept such applicant if you have reasonable answers to the study gap. Usually, people take a study gap if they’re doing a job or preparing for some exam. If the reason for the leave is genuine even 8 years of gap is considered.

✅ Is a study gap of 8 to 9 years considered for a student visa?

Ans. A gap of more than 5 years may be a problem to get a student visa for Canada; however if there are explanations given to the gap you may get the visa easily.

✅ How much study gap is accepted for Canadian visa?

Ans. There are a number of reasons students give reasons for study gap for the visa, they’re Re-appear for the exam due to low scores – the student has scored less marks in their 10 th or 12 th hence leading to a year gap in their study.

✅ I want to go to college, Should I apply before or after I take a gap year?

Ans. The counsellors for abroad education and other admission officials advise the students to apply in college and get accepted before taking a gap year. It then keeps the choices open for the student to decide whether they want to go ahead with college or improve their scores by taking a gap year.

✅ After taking a study gap, am I still eligible for scholarships and financial aid?

Ans. If a student is in need – basis financial aid but has taken a gap year, they need to reapply the following year for the financial aid. In the case of scholarships, there are high chances that it remains with the student until they join college after taking a year gap.

✅ What do the college admission officials think about a gap year?

Ans. Over the years the admission officials have been considerate to accept applications having study gap in them, in fact, some even encourage the admitted ones to take one. In Harvard University 107 of 1,665 Harvard freshmen took a gap year and the results of it were positive which led them to think it as a good option.

Master Courses in Canada: A Guide to Studying Post-Graduation in Canada