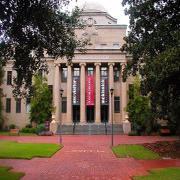 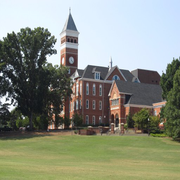 About the United States of America

The United States of America, according to recent university rankings, has emerged as a leading country known for its quality education. It is called the Holy Grail of international higher education. The country has, somewhat, a special allure and has always been drawing talented students like a magnet. Studying in an American environment allows for invaluable personal and professional growth, and opens up an infinite number of career opportunities after graduation.

One of the main reasons to choose the United States to study is the country's reputation for renowned higher-education programs. In the said country, approximately fifty percent of the world's top 50 universities are located. They consist of small class sizes, highly accredited professors, and advanced technology and research capabilities.

The United States is considered as the leader in many areas of technology and research, also benefitting from generous funding and offering support to international Ph.D. students. Even undergraduates and postgraduates have the opportunity to attend a Bachelor's and Master's program that involves research.

Apart from studies, University campuses in the United States have a life of their own, and they are like small student towns and encouraging students to socialize, interact, and make friends. America also has a multicultural environment, and American universities support cultural diversity, and in this respect, organize various social and cultural activities. Graduating from an American University also offers a competitive edge once you enter the job market. Interacting with people with diverse backgrounds while studying in the USA enhance one's ability to interact with people from other cultures and analyze issues with a global perspective.

Top Universities in the United States of America

The university or college that one chooses to go to can have a significant impact on the rest of one's life that's why it is better to have some research about the universities and their rankings.

In the United States, California is the most represented state among the best US universities, with 15 universities, followed by 13 universities in New York, 12 universities in Texas and ten universities in Massachusetts. The institutions at the very top of the ranking are concentrated in these aforementioned popular destinations that are well known for their higher education opportunities.

According to the QS World University Rankings 2019, following are the top 15 universities in the United States:

Popular Courses in the United States in America

The United States of America has always been a top choice destination for study abroad students from around the world because of its diverse programs offered by different universities. According to Istudentglobal's research, the top 10 most popular majors in the United States are as follows:

The United States offers some of the best undergraduate and postgraduate degrees in the world, but also potentially high living costs one should know.

Though, living costs in the United States vary a lot because of the large territory the country covers but estimated the living cost for the US is around $10000 to $12000 per year, which averages around $700 to $1000 per month. It includes accommodation costs, travel, food, textbooks, weather-appropriate clothing, and entertainment expenses as well. Generally, living in urban areas (in or near a big city) is more expensive than living in smaller towns or suburban areas. Students should be able to meet the costs mentioned above while they are studying in the US. Prices may increase by about 5% to 7% per year due to inflation and other external factors.

In the United States, campus jobs are customized in such a manner that they adhere to all the visa guidelines. These jobs are regarded as a path to earn extra cash and interact with all the Students. In a sense, part-time jobs give students a complete experience of the student culture and life prevalent in the country. Following are the ten most popular on-campus jobs that a student can take up at American universities: